Don't put yourself in a Box

I am in the beautiful country of Rwanda and it has thrown up lots of thoughts about our nature as a species. Having been observing the Mountain Gorillas on the Rwandan Congolese border the last few days, it has made me think a lot about human nature. The similarities we have with a species that shares 98.5% of our DNA is astounding. I could see the thought in their eyes and the intelligent nature of their being, constantly relating their behaviour with our own. Well i now realise that although we are very similar, that 1.5% they don't share, is a blessing for them. 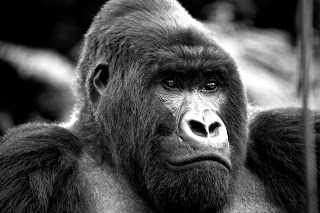 It is hard to think that not long ago where I am sitting right now in Kigali (the capital of Rwanda), screams will have been heard and the stench of death will have filled the air.  In a brutal Genocide between the Hutus and the Tsutsi's, this country was ravaged by what must only be called, mass hysteria and our species at its worst.  These branded titles cast upon the people of Rwanda by the colonialists in an attempt to control them, later fuelled the divide that ripped apart a nation.   Kids in school were made to stand up and they would be told that they were either a Hutu or a Tsutsi. This labelling was formed upon, economic background, facial features and all sorts of other unfounded reasons. They were given passes and a once whole nation was divided. 10,000 people were killed each day for 100 days and 1 Million men, woman and children were killed by their neighbours and even by their own families. This labelling for me is the foundation for any major conflict we have faced in our history. Divide… 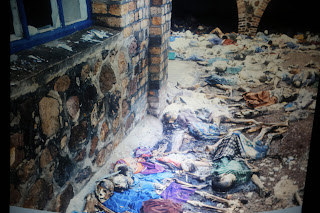 I believe that registering differences between our species will do exactly what it says on the tin… create 'differences'. By doing this, we are paving the way for our own downfall. The exact box we put oneself in for security, ultimately drives the fear that kills us. Humans in our nature are social beings and it is understandable that we crave an identity. Whether it be right wing, left wing, Hutu, Tstsi, liberalist, socialist, communist or any other divide. We all have differing outlooks on the world but at the heart of it all, we are people. People who care about the same things. Health, happiness, security, family and the wellbeing of the people we love.

It is fear that drives us to act in a way that victimises our fellow man. A fear that those in power sometimes exploit. We must see ourselves as one global community all striving for the same goals in life and if we are ever faced with a divide, stand up for what we believe in to be right. Bad things happen when good people don't speak out. We all have a voice. Don't put yourself in a box. Be your own person and be accountable for your own actions. Embrace all people in the world with compassion and empathy and in doing that we will pave the way for the healthy and sustainable future.

Desmond Tutu, who was a cornerstone for court of reconciliation after Apartheid in South Africa, looked to the future and realised that forgiveness was the only way forward after all the atrocities committed. He says to the world UBUNTU - 'A person is a person through other persons'. We must embrace this idea and see ourselves in others, as it is them who make us who we are.

I am a big believer in the human spirit being able to adapt and although we are a young species, we are learning from our mistakes.  I will strive in life never to be put into a box, as this stops us from being able to look objectively on life and therefore we are unable to make the best decisions.

I have used this quote from Albert Einstein before, but in this context it is a perfect summary of the point i am trying to get across: 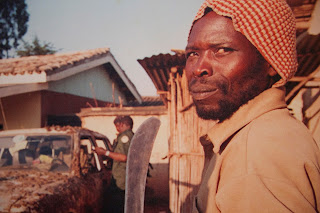 "A human being is a part of the whole, called by us the 'Universe', a part limited in time and space. He experiences himself, his thoughts and feelings, as something separate from the rest - a kind of optical delusion of his consciousness. This delusion is a kind of prison for us, restricting us to our personal desires and to affection for a few persons nearest to us. Our task must be to free ourselves from this prison by widening our circle of compassion to embrace all living creatures and the whole of nature in its beauty. The striving for such achievement is in itself a part of the liberation and a foundation for inner security.”

What I love about his words here is that the mere striving for such a perspective is in itself creating the foundation for a more peaceful world. Therefore we don’t need to put all the focus on 'how can little old me possibly make a difference', but on just trying to live a more compassionate, open minded life and in doing so you are being a part of the thing you are trying to create. Imagine if Gandhi had said 'how can I possibly make a difference?' I believe apathy is one of the most destructive things on the planet.

The media spreads fear and puts people in boxes on a daily basis and it affects the way we act and think. It has a profound influence on the behaviour of its audience. Fear is used to control people and it divides us. It is so important moving forward to not base your opinions of the world on the medias take. It is in their interest to sensationalise and in doing so this clouds the truth.  We must be our own educators and drive towards creating a balanced global perspective.

The world is at a crossroads and I am very excited about the future. I believe that my generation is much more open minded then the last. Via the internet, access to information and education is much more accessible and finally it has connected the world back into a global community. The technology which drove us apart is now bringing us together.

Individuals are no longer in charge. The collective voice of the people are. Lets use this voice to bring all of us together and in doing so, pave the way for a more peaceful and sustainable planet.