A Year On And We’re Still Breaking The Taboo

A documentary is all about the story. It should be something that engages, inspires and creates discussion. I set up my production company Sundog Pictures because I wanted to tell the kind of stories that provoke thought, and for our first documentary I couldn’t have hoped for a better subject.

Breaking The Taboo tackled an issue that many not dared to touch. The drug prohibition issue around the world is something very few politicians would talk about in fear they might become labeled as being soft on drugs or soft on crime. In the words of Ruth Dreifuss (Former Prime Minister of Switzerland), ‘Who wants to campaign with a junkie by your side?’.


But I found The War on Drugs such a compelling subject. Ever since then president Richard Nixon infamously started the War on Drugs in America over 40 years ago, it has become the longest running war in history.  That’s over four decades of the very thing that you can alway rely on in war - casualties. The human toll of this needless war is unbearably high and the laws have failed in every respect to do what they were set up to do. Forty five thousand deaths in Mexico in the last few years weren’t caused by drugs… but the war on drugs. That’s why I decided to make a film about the issue.

The film, which is an international adaptation of the Brazilian documentary Quebrando o Tabu, focuses on painting a picture of International Drugs Policy around the globe, the reasons why it has failed and looking at countries that have successfully experimented with other forms of tackling the issue. It calls for an educated debate on the issue and follows the members of The Global Commission On Drug Policy on its mission to tackle the taboo surrounding the United States-led War on Drugs. 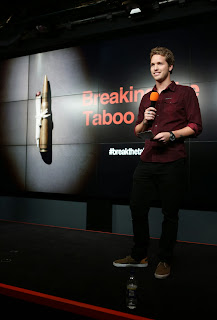 Narrated by ‘The Voice of God’ Morgan Freeman, and featuring former presidents Bill Clinton and Jimmy Carter, Breaking The Taboo looked with great detail on the human aspect of the the failed War On Drugs. It also shows how the countries who treat people with drug addiction as a health issue rather than a criminal one are succeeding in curbing the dramatic violence and suffering associated with this war. They are realising that drug prohibition has only been worthwhile to the criminal underworld.

Breaking The Taboo was released a year ago, and it’s astounding how much of a positive reaction and support it  has received from those who have watched it.

It wasn’t just the subject that we took a risk on. Myself and others behind the movie didn’t just want to take it around the festival circuit, We wanted to share it with the wider world as soon as possible, so that people could watch it and demand change. A good documentary should not only fire up something inside of you and prompt you to look at the world differently, it should also inspire you to act.

To get the subject as much exposure as possible, we decided to release it for free on YouTube for a month. Doing this was a huge risk, but we felt the film should be seen by as many people as possible, and we felt that releasing it online was such a perfect opportunity to make it as accessible as possible  and start a much needed conversation on the issue. 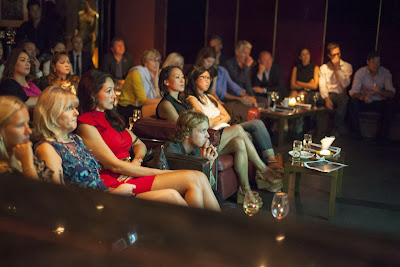 There has been so much support from activists, celebrities, film fans and many others, that I couldn’t have hoped for a better response.

I was so close to the subject that it wasn’t something I could leave behind once we released it to the world. We still have regular screenings and panel discussions around the world, and I recently went to Hong Kong to show the film and engage in a Q and A afterwards. The film was just the first part in trying to change global drug policy, and we still encourage debate and conversation on several Breaking The Taboo social platforms.

While making the film I began to realise that there are so many organizations out there that are trying to make a change and urging governments to look at other solutions than outright prohibition. And it seems that we are slowly being heard. Behind closed doors many politicians agree with drugs policy reform but don’t feel the political confidence to stand up. We as the public must pave the way for this conversation to be had and for them to be heard.

I was encouraged to hear that in America, following Colorado and Washington State legalising marijuana last year, a recent poll suggested 58 per cent of Americans favoured ending the prohibition against the drug - a 10 per cent increase from the year before. Uruguay are also set to become the first county in the world to legalise Marijuana in a bid to reduce drug crime.

I’m sure we will all be keeping a close eye on how these situations develop. There are positive steps forwards. Many people who are uneducated on the issue think that drug regulation would create a free for all. Actually it is the opposite. A free for all is what we have now. Regulating the market will put more control into an area that has none. We obviously need to be careful in the way we change our drug policies, but without doubt, they need to change.

And while I hope that our film played a part in breaking the taboo  on drugs and I’m delighted to be celebrating its one year anniversary, I’m not one to look in the past. It’s all about the future, and on the horizon there may just be another taboo that we are going to break!


Like many of us, I was saddened to hear the news of Nelson Mandela's passing. He was a man who lived life knowing that the only way to heal and move forwards is to live a life of forgiveness. That was his biggest strength and should never be forgotten.

Madiba  has been an idol of mine for years. I’m not the only one, I know, but in a world that can be tainted by cynicism and apathy, here was a man that lived his life to make a difference and to show that harmony can be made between individuals, no matter how seemingly different. He knew that beyond our perceived differences, we all really value the same things in life and equality is the first step in gaining them. 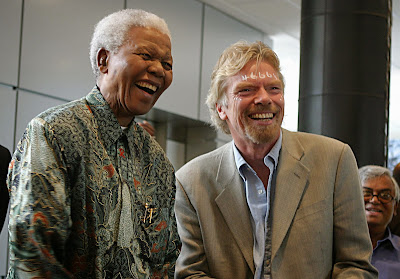 He was an incredibly compassionate man, with a highly infectious personality and a yearning to always see the positives in the world. But make no mistake, underneath his joyous character was a will of iron and a steely determination to unite a torn nation that had been wounded by racial segregation.
The fact he did so by preaching reconciliation and forgiveness is the measure of a man, and the reason why he touched billions of hearts and minds around the globe.

I had the unbelievable good fortune of meeting him in South Africa  when I was a teenager. I remember being slightly nervous meeting such an impressive person, but he had this wonderful ability to put you at ease and soothe any nerves. His charm has been widely recognised and he certainly didn’t disappoint. He had a real humility when meeting us all and seemed to be naturally curious and amused by the charm of life.

He was a leader in the best possible sense. He used the power that he had for good, to heal and change things for the better. I will never forget my meeting with him, but my abiding memory of him won’t be that day, but what he achieved in his life and what he stood for. I can only dream of having a fraction of the positive impact he has had on this planet, but I’m going to give it one hell of a try and we can all play a part in making this world a better place to live in.

Nelson Mandela has had an extraordinary impact, and I hope that the world he has left continues to grow and flourish. I already see that there are fears that racial tensions will re-surface in South Africa following his death, but I believe the impact he had in life is so strong that the world will feel it forever.
Because of Madiba, social peace and equality in South Africa became more than just a dream. His ideal of the Rainbow Nation will forever be a fitting legacy to a quite simply remarkable man.

R.I.P Madiba - the man who brought together a nation and inspired a world.
Posted by @sambranson at 09:41 No comments: