We must change drug laws if we want to save lives

There has been a lot of talk on drug laws this week, mainly due to the tragic passing of Philip Seymour Hoffman.

His death came as a shock, equalled by the cause of it. A middle aged and incredibly lauded actor at the top of his game is not the stereotypical image that we attach to heroin addicts.

Cue a shocked media and a frenzy to bring those who dealt to him to justice - a fast track way to make us all feel better again and gloss over the root of the real problems of the war on drugs. 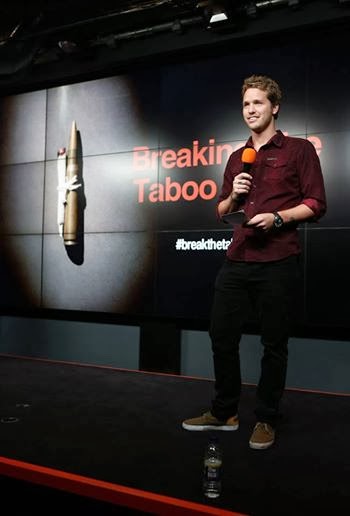 As Russell Brand says, in his recent opinion piece ‘There is a predominant voice in the mind of an addict that supersedes all reason and that voice wants you dead’.

If drug addiction is such a mental minefield for those that are in its grasp, why do we still treat them as criminals and not in a compassionate, humane way that we would expect if we were at our lowest and desperate for help?

The answer is simple - our drug laws make it impossible to treat drug addiction the way we should. We criminalise them and demonise them, but seem unable to care for them. In a way laws are in place just to help the conscience of those in power instead of getting right into the toxic subject and finding better solutions.

The reason I made my first feature documentary Breaking The Taboo was because I couldn’t believe that the War on Drugs was still going on. The more I learnt about the topic, the more I realised it is an issue affecting everyone on the planet, whether you realise it or not. It is a forty year plus battlefield of misery and despair, where the only winners are criminals, who are getting richer and richer and spending their profits on organised crime and tearing at the very fabric of civilisation.

The film paints a picture of international drugs policy and how the War on Drugs has failed in every possible way - how drugs are more prevalent than ever and that people are still dying. We looked at countries who treat drug addiction as a medical issue rather than a criminal one and how their progressive and tolerant drug laws have seen a positive impact in reducing drug related crime and deaths.

In any other walk of life, if things were going this badly one would adopt a different way to tackle the problem. We are not talking about 'addicts', we are talking about people. Fathers, sons, mothers, sisters etc. Real people. They are not a stat on a piece of paper. We must try to find better solutions to this huge problem and find a smarter fight.

Please sign this petition here and help end the war on drugs
Posted by @sambranson at 08:10