Are we heading in the wrong direction?

Like many people, I like to cycle. I do it several times a week, and it’s something I love - it keeps you fit and you're also helping the environment. But if you have ever cycled through London’s city streets then no doubt you have stories of near misses, what-could-have-beens and perhaps reminders on your body that highlight the danger of cycling in London.
And you are still one of the lucky ones.

As you are no doubt aware, in the capital this month six cyclists have been killed.
It’s absolutely tragic, and highlights the needless danger that cyclists face. But their deaths should not go in vain. This should be a catalyst for change, for proper infrastructure to be put in place that gives cyclist peace of mind that when they are cycling in the city they are not accused of having a death wish.  But that doesn’t seem to be the case. 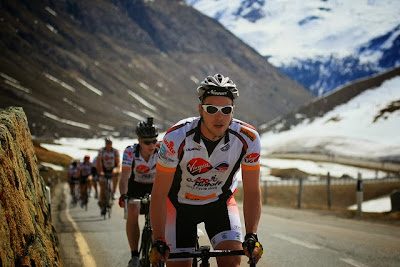 Like many times when something tragic happens, rather than focus on the key root of the problem and plan a long term strategy that might not yield instant results, people of power look for the the short term and easy fix to the problem.
And this particular plaster comes in the form of lorries. According to stats, more than half of cycling deaths involved  heavy goods vehicles in the last four years. 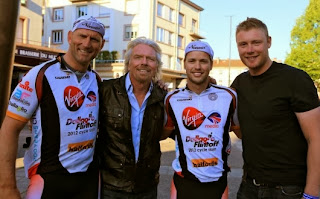 Something obviously needs to be done, but all the talk seems to be about banning lorries in  rush hour. Obviously, any change is good change, but I hope more is being planned. Heavy good vehicles would still be present for large bulks of the day, and in even greater numbers if the ban on rush hour is put in place. What needs to be done is to put proper structures in place - like more cycle routes and ones that suddenly don’t place you in dangerous situations. It’s an absolute no brainer for me.

Safe roads for cyclists, Less congestion, a positive impact on  the environment and people’s wellbeing. It's not just London, obviously. There are dangers whenever you cycle. Myself, Laurence and Freddie had many near misses when we cycled across Europe (see pic, top).

We just have to be safe, and cyclists also need to do their part as well.

I’ve invested in BLAZE, which is a bike light that heavily increases visibility for cyclists. With a clearer understanding of the dangers on the road and better infrastructures in place, we could see a road system that is safe, environmentally friendly and is befitting of a city like London.