The Support, Don’t Punish campaign is urging for a change in drug policy that will treat drug addiction as a health issue rather than a criminal one.

I completely agree that this is the right message to spread. It’s also an incredibly important one.
My production company Sundog Pictures  made Breaking The Taboo because it was exactly the sort of story that I set up my company for – to tell stories that matter and to start conversations about important topics.

The War on Drugs is such a compelling subject, and it has been ever since president Richard Nixon started the war in the US over 40 years ago. It’s a war that is still being waged, and it’s clear that a heavy handed prohibition approach hasn’t worked and in fact is causing many more problems than the drugs themselves. Drugs haven’t killed over 40,000 people in Mexico in the last few years… The war on drugs has! 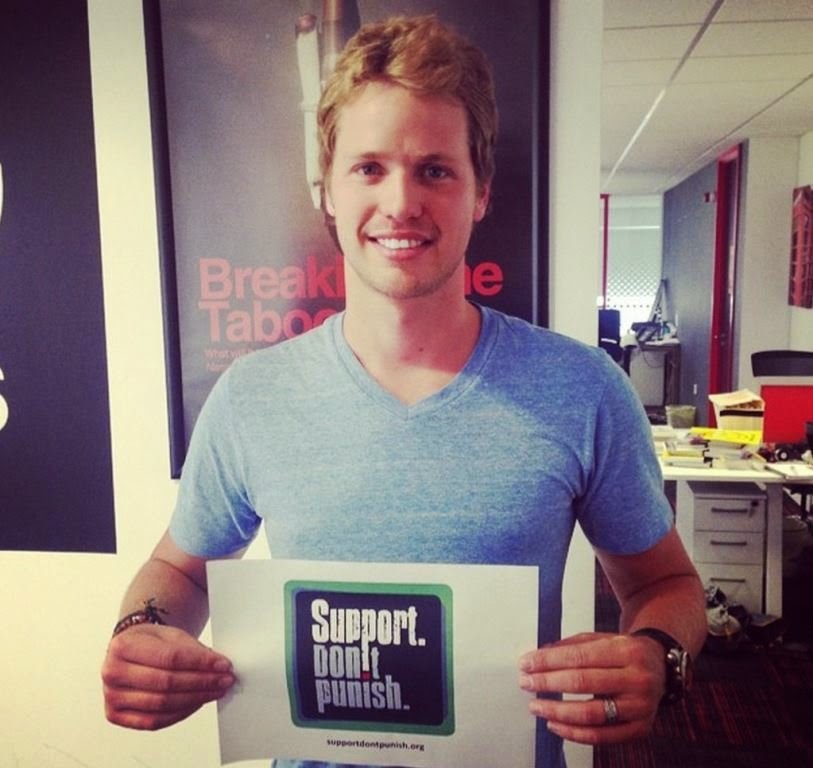 What we highlighted in the film was that countries like Portugal are treating people with drug addiction as a health issue rather than a criminal one and are succeeding hugely in curbing the violence and the suffering associated with the war on drugs.

The idea that billions of pounds every year is given to the hands of organised crime to spend on murder, extortion, prostitution, trafficking and all kinds of illicit activities that tear at the fabric of our society is unacceptable.

That sort of revenue needs to be taken away from criminals and put back into society – where the money can be used for good.

While other countries seem to be taking progressive and difference stances on how to look at drug use, Britain still seems stuck in its ways.

You can’t look at this problem in an idealistic way, otherwise we will just cause more and more harm. We have to take all the evidence in and be pragmatic about the issue. The wellbeing of people and society must be our main goal.

We are talking about people here. Only a humane approach will work. By prioritising health over handcuffs, we are putting not only people’s welfare first, but also the communities they live in. We must all have a voice on this incredibly important issue that affects all of us!